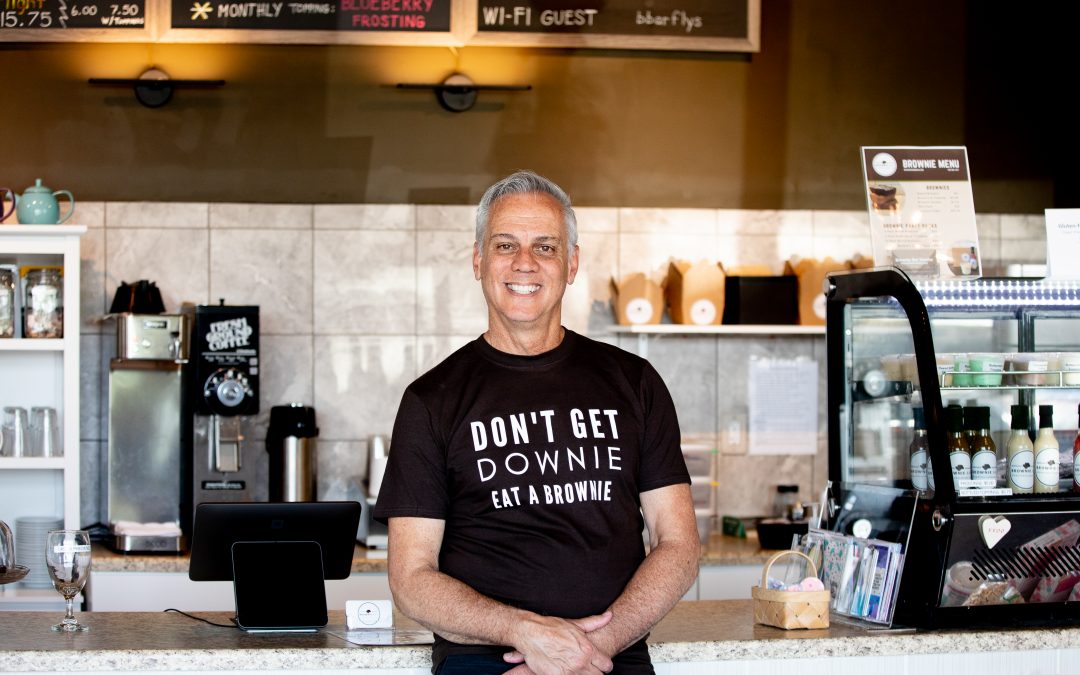 The concept of the Brownie Bar started in Jim and Michael’s midtown Omaha kitchen. They had a passion for cooking and a love for entertaining friends and neighbors. They gathered guests in their home on a cold February night to taste test brownie recipes with various toppings. Guests could create their own dessert and from that night the Brownie Bar was born, and one recipe even hung on the blonde, raspberry, and buttercream – a favorite among regulars.

About the Brownie Bar

In the summer of 2019, the concept moved out of their kitchen and to the streets of the Farmer’s Market in Omaha.  After many repeat customers and hearing they needed a storefront, the search began for a brick-and-mortar to house the simple concept, but full of choices dessert bar – with three types of brownies and ten topping choices, it actually computes to 1600 combinations.

In November of 2019, they opened the Brownie Bar in downtown Omaha, Nebraska. As the demand grew, expanding farther west in Omaha was the next step to realizing their dream of franchising the concept.

They began searching for space and located an empty shell in Rockbrook Village.  With the second Brownie Bar location came startup costs to furnish with equipment and furniture, so they began exploring traditional loans.

The Brownie Bar is about choices, you pick a brownie and the toppings, and just like their concept, they began exploring alternative choices to funding and financing the expansion of the Brownie Bar.

Nebraska Enterprise provided the funding and leverage to expand into the Rockbrook location, in just a few weeks.

“It was seamless, even signing the paperwork, they eliminated the frustration that can sometimes happen when going through the loan process.  – Jim

The Nebraska Enterprise Fund has the ability to offer rates ……. “They support small businesses in Nebraska and Iowa, it’s a great resource to start a business or expand, grow, who are maybe in a similar situation.”

Be sure to follow the Brownie Bar on all things social, many exciting opportunities are on the horizon.